You are here: Home / Archives for Julie Llythcoff-Haims 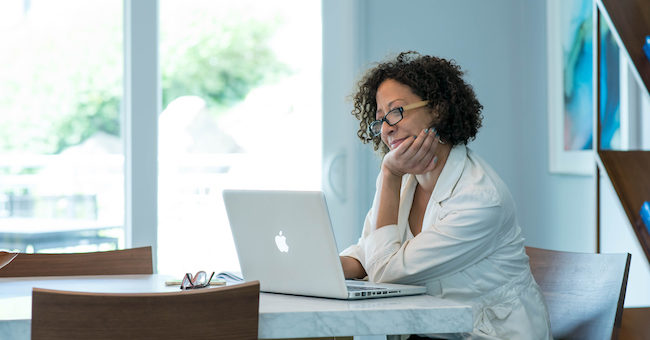 This is my second Gemstones piece, a blog post featuring people who lead with an open heart and work to uplift others. I’m honored to have the chance to introduce you to the work of Paula Farmer.

I was born and raised in Detroit and spent close to twelve years in New York City before moving to Bay Area.  I’ve had a vast background of endeavors, but the common thread is writing, either as a news journalist, a film and book reviewer, feature stories writer, or creating profiles of interesting people making change.

For the past few years, I’ve been hosting and moderating events at Book Passage in Corte Madera in addition to my primary position as a Buyer. I got into curating special events after I approached the Events Director about creating programs focused on race and social issues and she invited me to take the lead on making them happen. I didn’t actually have the time to take on more responsibility, but in the end, I like having creative control and feel like the panel events are where I thrive.  Having personal contact with panelists and bringing the community into the discussion is connected to my passion.

To date, I’ve organized two panels on race in America. That’s how I met Julie Lythcott-Haims (author of How to Raise an Adult and Real American: A Memoir).  She was on the first panel in 2019 and the first author I got who drew in other writers. She has a special place in my heart, both personally and professionally.  I have a lot of respect for her and how she presents her thoughts and material.  She’s as dynamic a speaker as she is a writer, which is not always the case.

On Sunday, June 14th at 4:00 pm (PST), I’ll be interviewing Julie Lythcoff-Haims in a virtual event with Book Passage. I’m honored to be in conversation with her. Given her specialty in discussing race relations, it should be a riveting conversation in light of the current state of things in the aftermath of George Floyd’s murder.

What do you think is important for people to understand about having conversations related to race, especially in a county like Marin (California) where the majority of folks are white and very economically privileged?

Post Donald Trump’s election, I see it as cathartic for members to talk about their disappointment, their anger.  I like to create a community at my BP events where people can ask whatever they want.  I’m aware they might normally not have access to as racially a diverse community as the one offered by the panelists.

I’ve had to work within the limitations of a predominantly white, privileged audience at BP.  I take control of the marketing for the events and do a lot of work to ask my friends of color to attend the events.

If you could say anything about what’s happening now in the world related to the killing of George Floyd and Black Lives Matter protests, what would that be?

This reaction has been a long time coming and it’s embedded in the history of the United States, it goes back to slavery:  the prevalence of black men being killed at the hands of racist people.

What’s going on now is not a moment, it’s a movement.  This is like the #metoo movement coming to a head.  It’s happening at the heels of the pandemic and people being isolated and having more the time to focus on events.  It is an unavoidable response to centuries of abuse.  I love that it’s not just black people reacting — allies are willing to go on the front lines too and that is very special.  Not only are the peaceful protests productive, they are necessary.  I think this will be a good time for the arts to be a weapon in this fight whether it be through film, paintings, or literature.

What do you hope people get from reading the book and movie review/features that you write?

For books and features, I tend to focus on diverse voices and social issues:  either on the writer or a particular topic. For the book reviews on my website I made a commitment I’d only promote and review women (of all colors) and people of color.   I read a ton, but my reviews are intentionally focused.

For films, I keep my reviews broader. It was harder and more limiting to put that same standard on film reviews. Overall, there are infinitely more books– fiction and nonfiction– than movies, and in recent years, more choices for emerging voices of color or queer authors.

Either way, whether for books or movies, I hope my reviews offer a carefully curated and different perspective than what’s out there, and I know there is a lot out there.  Everybody feels they can post a review and I’m aware of that and I’m not trying to compete, but I was doing this before it became a big thing on the internet in the late ‘90s.  The film critics Siskel and Ebert are no longer the go-to sources.

I’ve learned how to take something I don’t like, put aside my bias, and talk about the piece for what it is.  I like doing reviews where I have a strong opinion because I can write with passion, but it’s harder when I don’t have a strong opinion.  I write from a journalistic perspective, but I do add a declarative statement at beginning or end of all my pieces that captures the theme.

I am passionate about people having more diversity in their reading and that’s what I’m trying to bring, either broadening the options for readers who have a focus on women and people of color or bringing that to someone who might not ordinarily read/view that piece.

Compared to when you were a child, how does your life now compare to what you imagined it might be?

As a younger person starting out on life, I was not that focused.  I was a decent student but was underachieving and I should have done much better.  I had the ability but not the inspiration.  I wasn’t as conscious of the importance of having a plan and having goals to reach.  I was going week to week, month to month, year to year.  Later on, I realized I would have benefitted from being more focused like someone who knew what they wanted to major in, graduated, and worked in that field.  Looking back, I see that it’s likely because I’m a creative person.

I regrouped in my 30s and went back to finish my undergraduate degree and then took some post-graduate classes.  My life has taken many twists and turns. After a couple of years in college I wanted to travel and then I got interested in news journalism.  I was in Detroit and working for CBS and realized I wanted to go back to school and finish my degree.  I had a passion for writing, so I focused on English literature and writing since the journalism courses weren’t challenging enough for me having worked in the field.  The classes freed me up to explore other types of writing beyond the journalistic style, like feature stories and reviews.

From the first time I observed you moderating a panel on race at Book Passage, I could tell that you are a very deep listener and have a strong interest in people.  Tell me about where that comes from?

Both of these qualities come from my journalism background and are really important when you are writing as a journalist or moderating an event with authors.  Listening is key.  I do a lot of research and write down my questions.  Yet, I’ve found that I can’t be locked into my questions and have to be open to the discussion going in a different, and maybe better, direction.  This requires setting aside pride, being flexible, and listening.

My interest in people comes from a combination of my personality and my parents. My parents, in their own ways, were sociable.  They didn’t go to or give many parties, but they both placed a high value on friendships. I always had friends, valued my friendships, especially female friendships, and had a strong sense of loyalty.  My parents had mutual friends and separate friends and they were always encouraging of my friendships.

As far as my interest in the arts, that definitely came from my mom. She was a teacher and educator in the public school system, and she instilled in me a respect for education and a love of arts. She was always reading, going to museums, and to the theatre and movies.

My best friend Allayne grew up on the same street as me in Detroit.  We stayed in touch over the years.  If she hadn’t died two years ago, I believe we would have been friends into our 80s or 90s. Allayne was one of my first “movie friends.” If my mom initiated the appreciation for film, Allayne helped fan the flame. That could have partially been because there wasn’t a lot to do in Detroit at that time. It’s a great city, but it was no New York.  I ran with the interest in movies, books, and writing.

Tell me about the Well-Read Black Girls Book Club (WRBGBC)?

The WRBGBC is a national book club started by Glory Edim, from Random House.

My boss at BP approached me late last summer to see if I’d be interested in starting a chapter.  When she first asked, I wasn’t that interested because I’d never been part of a book club and  I wasn’t sure I wanted to start one.  I’d been approached to join book clubs in the past but had always declined because I wanted to read what I wanted to read on my own schedule.  But when you are the only black person that works at a bookstore and there is an opportunity to do something on race, you say yes.

It’s no small feat that we’ve grown to where we are.  I had to approach folks one on one and there are now twelve people, with seven or eight active members.  I’ve gotten so much out of it from a social perspective by being able to get together with other women in the community. My heart is in promoting diverse voices and literature and that’s exactly what our focus is in WRBGBC.  We’ve read diverse authors, authors of color, predominantly black, Latinx authors, queer writers who write literary fiction and we’ve read one memoir.  We tend to like the more substantial books – we don’t do ‘fluffy’ reads. For example, we’ve read Ta-Nehisi Coates (The Water Dancer), Jacqueline Woodson (Red at the Bone), and Bernardine Evaristo (Girl, Women, Other).

The book club decided to continue during the pandemic, and we’ve been meeting virtually every six weeks.  I’ve written an article for Marin Arts Uptake Magazine about how book clubs and book events have had to change in light of the pandemic by going virtual and how people miss the intimacy but appreciate the opportunity to connect.

A graduate of UC Berkeley and the University of Pennsylvania School of Law, Maria was a fellow with the National Hispana Leadership Institute, where she attended the Center for Creative Leadership and Harvard School of Public Policy. She received her mediation training from the Center for … END_OF_DOCUMENT_TOKEN_TO_BE_REPLACED