You are here: Home / Archives for Indigenous Women 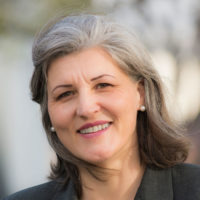 MDC:  To begin, please tell me a bit about who you are

BCZ:  I am a descendent of the Patawomack Tribe. I can trace my father’s lineage back to before the first invaders to North America to the Powhatan (Chief), of now Virginia, and the tribes of the area that were documented by the invaders.  There are over 500 federally recognized tribes in the U.S. and many more that are not federally recognized, each with their own language, culture, and traditions.

My father served in the U.S. military for thirty years. His colleagues would call him “Red” or “Chief.”  He served ten years in the Marines and he was sent to Saigon, China at eighteen to the front lines. He was at Pearl Harbor when it was bombed, oversaw much of the communication work on the Pacific Coast, including the Nike sites and communications towers on Mt. Tam.

My mother lived through WWII in Germany.  She was born in 1921 in a small town in West Germany.  Hitler was formally in power in 1933 when she was twelve.  The War began in 1939 and ended in 1945. She lived through the horrors of that war. My father met my mother when he was stationed in Germany during World War II.  After the war, he returned to the United States and then went back to Germany, married my mother, and they settled in the U.S. I was born at Letterman Army Hospital in the Presidio in San Francisco where my father was stationed at that time. I come from, and grew up with, parents that lived a great deal of their lives in war and war zones.

Understanding who I am in the world is an exploration that is important to me. My father’s lineage has called to me for a long time, so to understand my history has been eye-opening. Living in both my father’s world and my mother’s world meant that I had to learn how to code-switch.  Growing up, depending on where I was, I’d censor a part of who I was. For example, in grade school the kids would play cowboys and Indians and the Indians always got killed, so I got the message it was not cool to be the Indian.

Throughout my childhood, my father told stories that I wish I had paid more attention to.  When he was gone, I realized there were some things lost, and other things I would not be able to know unless I reached out to members of our tribe.  I was on a journey to understand who he was and what his life was like. I discovered there was a lot of history and politics that I did not understand and had to learn. I could not simply walk into Indian Country and say, “Hey, I’m Indian!”  I had to learn about the different cultural traditions and ways of being in order to connect more fully to my heritage. I have been fortunate to meet a lot of amazing elders along the way that have guided me. One elder from the Salish Flathead Reservation, Gen Huitt, gave me the name Yoyoot Simmu’em, which means Strong Woman.

MRC: Tell me about the connections you make between genealogy, epigenetics, and healing

BCZ:  Genealogy and epigenetics are fascinating to me and can help us understand a lot about ourselves.  The nature versus nurture debate is curious and I find there are behaviors that show up in my life that seem more connected to an ancestor’s life experience.  For example, once when I was walking through Union Square in San Francisco the emergency sirens sounded. I had an extreme visceral negative physical reaction that I believe is connected to the fear my mother experienced. I believe that until we heal the traumas of our ancestors, we carry them, repeat them and pass them on to the next generation. So for me, healing ancestral trauma is really important.

I have ancestors on my father’s side that have endured the traumas of how Native people have been treated in this country.  That has not been my direct experience.  As a bi-cultural person that is white-passing, I have had the privilege to bypass much of that trauma.  Yet, it has been passed down and I have physical reactions and triggers that make me think that I re-experience the trauma my ancestors have experienced.

I am part of an all-women intertribal and intergenerational drum group, the White Buffalo Woman Council. When I drum and engage in other Native spiritual practices, I do this for the healing of our Mother Earth, for the healing of the People, for healing of the Ancestors.  I do this for the future generations, born and unborn. I believe that my father’s, mother’s, and grandparent’s traumas that were not healed, were passed on to me. I pass any unhealed trauma onto my children, and they to their children. Healing is important work.

Growing up I always felt that things were not right, but I had no understanding of our world. I was a kid.  Now, I know the history and realities of how our systems and structures were formed and who benefits and who doesn’t, and some of the horrors of humankind. I am also in awe of the amazing strong women who do the hard heart work that make things right for future generations.  So, I am called to serve and to do healing work. I feel it is my responsibility as an elder.

MRC:  You share that you are an elder.  Say more about how you hold that responsibility

BCZ:  Most of my ancestors have passed — all of my family’s elders: aunties, uncles, parents, and grandparents have passed on. Two of my siblings and I are now the elders.  In my family, I am the holder of the family history and I keep the family connected.  My responsibility as an elder is to offer care and compassion to my family and community.

In Indigenous cultures, elders are respected and honored. Elders are first to eat, then the children, and so on. When I was at Standing Rock in 2016, I was in a community room at Sitting Bull College on the Reservation. I was sitting talking to the person next to me. It was time to eat and I noticed the room got quiet and the person next to me said, “you know they are waiting for you.”  I had to stop and process that and take in the incredible responsibility that comes with being considered an elder.  This was a profound moment. At Standing Rock the life expectancy is 52 years, in Marin County, it is 88 years. That reality and my new status as elder was a lot to process. It is deep and it has changed me.

MRC:  You are working to raise awareness about Missing and Murdered Indigenous Women and Girls (#MMIWG).  Please tell me about this.

BCZ:  The history of violence against Native women dates back to the history of invaders to this continent. Traditionally in Native communities, women were always respected as givers of life. Women have power. When colonizers wanted to exploit the earth, they created a false narrative that women were evil and had evil powers to discredit women and take their power. This was used to open the doors to the destruction of the earth.

Today, four out of five Native women are affected by violence and Native women face murder rates that are ten times that of non-native women. When I look at who goes missing and who gets raped, I connect the power we have as women as threatening to many men.

We are hearing more about Missing, Murdered Indigenous Women and Girls (#MMIWG) here in North America, AND it is a global issue. For example, in the Philippines women are being trained to protect themselves against the increasing violence against them.  In Mexico the femicide near the border and in border towns is increasing.  I connect what is happening to Indigenous women and women of color, here and across the globe, to the culture of the patriarchy and the threat our power is to men.

Corporations are putting oil pipelines through and around reservation lands where workers are housed in “man camps.” Men are recruited from across the country and with their presence, there is an increase in rape and homicide in these areas.  This is one factor increasing the violence against Native women. A sister will go out to the store and never come back. There still is no accountability for the increasing number of Missing and Murdered Indigenous Women and Girls (#MMIWG).  Even though there is information, authorities are not taking action or holding those responsible accountable.

Violence against women and girls may happen on native land but if the perpetrator is non-native, tribal governments do not have jurisdiction over them. There would need to be a coordinated response between local, state, federal, and tribal jurisdictions, but there is a long history of mistrust that tribal communities have against governmental law enforcement.

MRC: What is the Red Dress Project?

BCZ: The Red Dress project provides a visual focus on the issue of Missing and Murdered Indigenous Women and Girls (#MMIWG). The art installation of red dresses has been installed across Canada and the United States as a reminder of the staggering number of women and girls that are missing or have been murdered. The art is meant to draw attention to the gendered and racialized nature of violent crimes against Indigenous women.

Another connection to this culture of violence has to do with the sacred Bear and the connection to women. The Bear is a powerful being on the earth.  The ability for man to hunt and kill a bear as a sport and not feel remorse is the similar space from which a man can kill a woman.  It is not a coincidence that there is an increase in the killing of Bears, other Beings, and women. The disconnect from our Mother Earth that was created to exploit her, is the basis of this disregard for life. I read that several of the men that sieged the Capital on January 6, 2021, to “hunt” lawmakers, appear also to have a trend of violence against women.

We have a lot of work to do, but I am optimistic that we women are reclaiming our power and will make things right on Earth again. I believe we will still experience more chaos, as so many are still asleep, and others are holding on to a false pretense of power, but there are natural laws far greater than the ones we humans have created. I believe the heart of women and the power of love will override the negative in the end.

MRC: What can readers do to gain more knowledge and/or take action?

BCZ: To learn more and to find out what you can do to get engaged and support organizations
(calls to action, education, movement building, educating yourself, sharing data and articles, engaging in training) visit The Coalition to Stop violence against Native Women

A graduate of UC Berkeley and the University of Pennsylvania School of Law, Maria was a fellow with the National Hispana Leadership Institute, where she attended the Center for Creative Leadership and Harvard School of Public Policy. She received her mediation training from the Center for … END_OF_DOCUMENT_TOKEN_TO_BE_REPLACED