You are here: Home / Archives for #metoo

October is Domestic Violence Awareness month.  I’m compelled to write about it given the experience of my mother opening our family home in New Jersey as a shelter for battered women and their children.  This was in the 1970s, before the idea of shelters for abused women was part of the social consciousness.  The experience put me in close contact with people whose lives had been impacted by violence, a particular kind of violence done by someone who says they love you or someone with whom you are raising children or someone who lives in your home, often all three. It’s intimate violence: the perpetrator knows your weaknesses and insecurities and the resources you have or don’t have available.  They know where you’d likely go to get away and they know the color and make of your car, if you have one.

By the time I left home in 1980 to go to college, I was ready for a new lease on life. I wanted to find out who I was without the daily sadness of knowing too much about the ways women got hurt.  (And, yes, my awareness was focused on women because at that time there was not much public discussion about violence in same gender relationships).

Yet, two years later, I ended up in an abusive relationship.  It lasted for three years, and at twenty-two I was engaged to be married to this man.  The violence was largely emotional abuse: controlling behavior, extreme jealously, and isolation.  Thankfully, we ended up at different law schools and the distance, combined with me having some space, allowed me to end the relationship during my second year of law school.

The irony of finding myself in such a relationship still haunts me.  Yet, I see that my low self esteem was the biggest contributing factor.  As an example, when he first asked me out I assumed it was a fraternity prank.  It makes me sad to say that, but it’s the truth.

Self-esteem for women and girls is an issue that is getting airtime these days because of social media and the impact I has on self-image.  But 21st century social media wasn’t an issue when I was growing up.  The only thing I have in common with today’s young women is my gender, and like many girls today I felt deeply inadequate in areas involving my brain, my body, and my beauty.  The standard of what I thought I was supposed to be came from television, magazines, movies, school, advertisements, my peers — essentially anywhere I received messages about what girls should look like or how they should behave.  Apparently, my uber-feminist household was not enough to counter the conditioning of the forces at play around me. 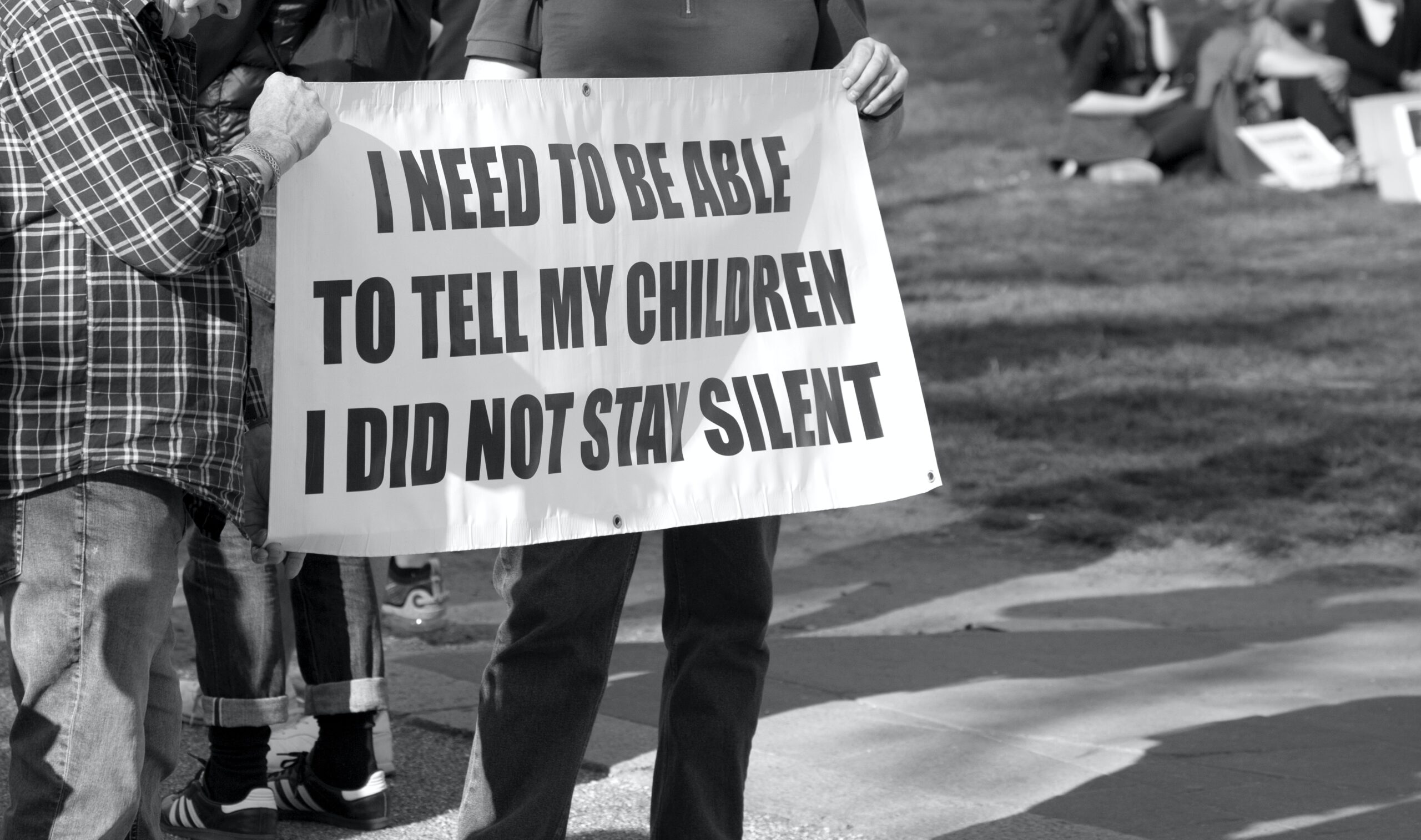 I’m called to write about an email I received on April 23rd that was sent to all parents and students at my sons’ high school. I opened it, prepared to scan it quickly, as I do most of these emails, and then delete it.  This email did not allow for such efficiency.  The words on the page made me freeze.  I read it once, read it again, and then decided I could not deal with it, so I filed it in a folder on my computer. But the adage “out of sight, out of mind” did not hold true.  My mind kept wanting to process the highly disturbing information, yet all I could think is that I am on the wrong planet.

I will describe the email, with the strong advisement that the topic was sexual violence and very disturbing.

The message was from the school superintendent regarding a story on TikTok declaring April 24th national rape day, making it legal for rape or sexual assault to occur on that date. When I saw that I froze. What kind of person or culture could give rise to this notion? What must it be like to be a student reading these words and heading to school? It made me sad, angry, scared, and disgusted. In my despair, I felt I had no one to talk to about it.

Instead, for several days:

Looking back my response is typical of how many women deal with being harmed.  Society asks, “why didn’t she say anything?” “why didn’t she tell anyone?” “why didn’t she reach out for help?”  My answer:  I felt numb; I felt demoralized and I feel exhausted by the energy it’s taken over my lifetime to think about my safety every time I leave the house alone.  That’s why.

But I don’t want to hold this alone.  It feels too familiar to do so.  I realized I don’t want to collude with the silence that keeps so much violence against women away from public scrutiny and prevents women from seeking support.  So here I am.

Yet, I am not an official statistic.  By that I mean I have never filed a police report for sexual assault.  Although, I’ve had my ass grabbed by male strangers, I’ve been flashed walking down the street, I’ve been at a crosswalk and had a man in his car masturbate in front of me while stopped at a streetlight, I’ve been locked into a car and forced to kiss a man, I’ve been called a cunt by an ex-fiancée who said he loved me.  This has become part of an unspoken backdrop of my life, and experiences of this nature are in the daily mix for many women and girls and transgender folks.

Along these lines, I watched the Netflix series Bombay Begums, this month without realizing that April is National Sexual Assault Awareness month. The Netflix series is a (fictional) story about five Indian women of varying ages whose lives intertwine as they deal with sexual harassment and assault, all in the larger context of examining what it means to be a woman in today’s society.  I know the TikTok rumor (or not) is backlash to National Sexual Assault Awareness month and I have to remember that backlash is fear combined with a desire to control that which cannot be controlled.

While the actors in Bombay Begums live oceans away, the themes in their lives are deeply familiar to me, reminding me that this series is a form of political action: part of an international movement dedicated to creating a world where women can live lives free from the many forms of violence we experience and, like the strong waves in the oceans that separate me from the five actors in the series, this movement cannot be controlled, this movement cannot be stopped.

A graduate of UC Berkeley and the University of Pennsylvania School of Law, Maria was a fellow with the National Hispana Leadership Institute, where she attended the Center for Creative Leadership and Harvard School of Public Policy. She received her mediation training from the Center for … END_OF_DOCUMENT_TOKEN_TO_BE_REPLACED